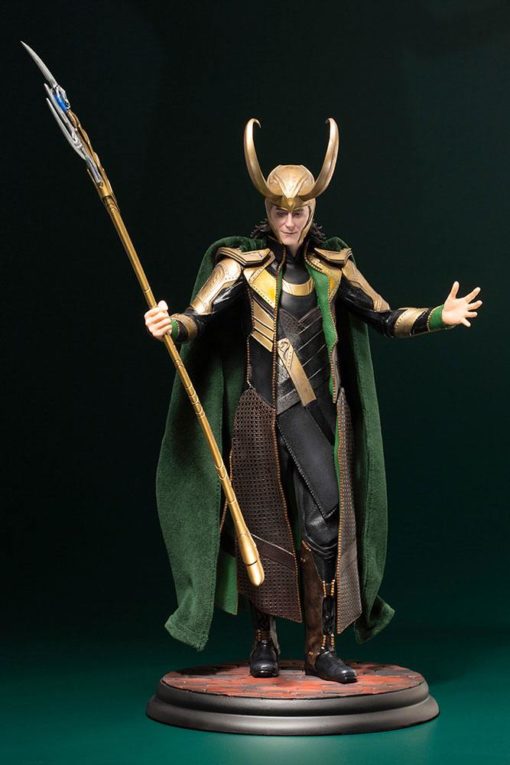 FREE Shipping to the UK
Earn 190 Points with this purchase!
Estimated Release: February 2022.

The film “Avengers” featured a collaboration of all-star characters that was long thought to be impossible and brought about major excitement among American comic book fans worldwide. From this world renowned film, the main villain, Loki, comes to life in this all-new rendition by Kotobukiya.

Adept in mind control and illusions to lead his opponents astray, Loki’s stylish self wearing his daring smile is fully recreated in this voluminous 40 cm statue. His cape is made of cloth and can be used to add additional charm and expression.