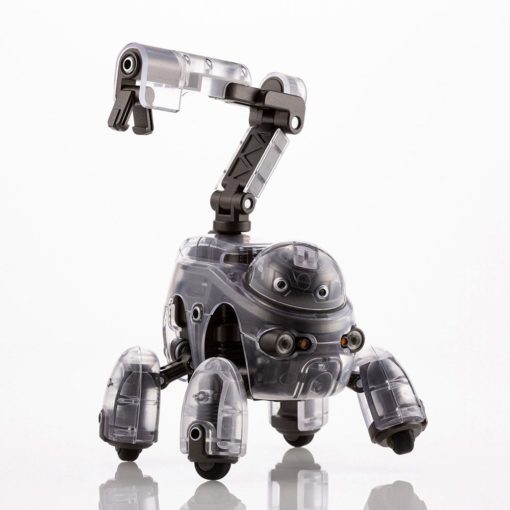 FREE Shipping to the UK
Earn 40 Points with this purchase!
Estimated Release: November 2021.

– The outer parts are made of clear plastic. This allows you to get a glimpse of the mechanical inner frame of TAMOTU in skeleton form while the outer parts are attached.
– This model has 25 points of articulation as a full action model kit.
– The inner frame of the model is fully detailed. All of the outer parts can be removed from the model.
– This model can transform from “Normal Mode” when it’s running to “Work Mode” when it’s walking/working.
– 13 points for 3mm connection joints are set throughout this model.
– The outer parts and lights are made with clear colorless plastic and the inner frame is made with gunmetal color plastic.
– The point for 3mm connection joints on the bottom of the model is compatible with the separately sold New Flying Base.

– TAMOTU can be freely customized with parts from existing M.S.G, Frame Arms, Frame Arms Girl, and Hexa Gear by using the optional 3mm connection joints with the points.
– Despite the differences in scale, this model can be placed together and enjoyed with other models such as NON scale Frame Arms Girl and 1/24 scale Hexa Gear.