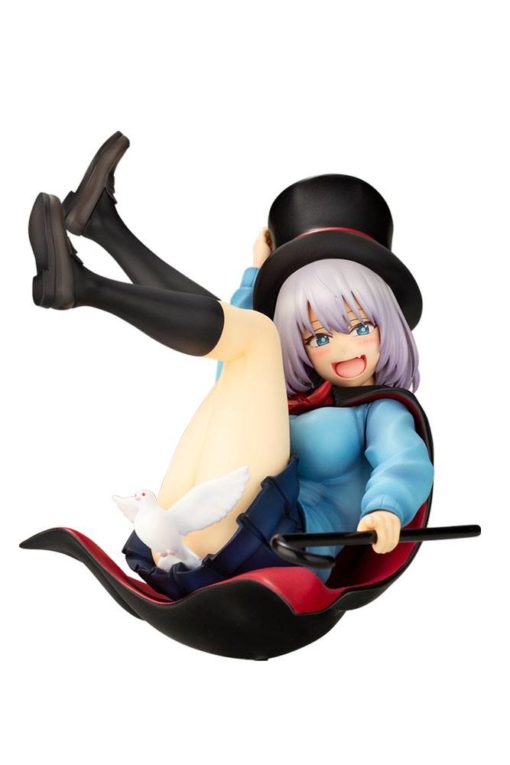 Earn 149 Points with this purchase!

From the television anime Magical Sempai, comes a 1/7 scale figure of Senpai herself. Her love for performing magic tricks is contagious, albeit her severe stage fright getting …

From the television anime Magical Sempai, comes a 1/7 scale figure of Senpai herself. Her love for performing magic tricks is contagious, albeit her severe stage fright getting in the way of her tricks 100% of the time!

This statue is sculpted in a compact size that can be showcased easily in any location, but still maintains the likeness to Senpai from the anime. The pigeon appearing from inside of her skirt to the lewd posing adds to the atmosphere of this series. The almost emerald green color of her knit sweater adds a nice vibrant color to the sculpt, and works well as a contrast to the dark cape and skirt. The silk hat atop her head can be removed.

Enjoy all details of this hard-working Senpai by adding her to your collection.