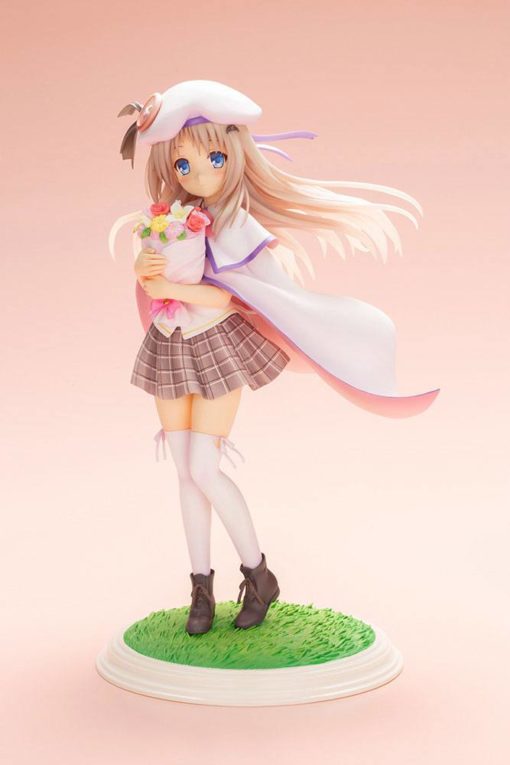 From the series “Kud Wafter,” which will soon be getting an anime adaptation, appears the self-proclaimed exotic mascot “Noumi Kudryavka” in a new scale figure to join Kotobukiy…

From the series “Kud Wafter,” which will soon be getting an anime adaptation, appears the self-proclaimed exotic mascot “Noumi Kudryavka” in a new scale figure to join Kotobukiya’s figurine lineup!

This detailed sculpt is based on the original concept art drawn by Na-Ga in commemoration of the “Kud Wafter Anime Project” with details added specifically to the design by the artist.

The tiny details from the illustration such as the signature large hat, cape, hair flowing in the wind, bouquet clutched to her chest were all faithfully recreated within this sculpt. Her hair was also made using clear parts to create a beautiful and translucent finish.

Be sure to add this Noumi Kudryavka who was recreated with great care down to the finest details to your collection.

The 1/7-scaled statue is made of PVC and measures approx. 22 cm in height. It ships in a japanese window box.