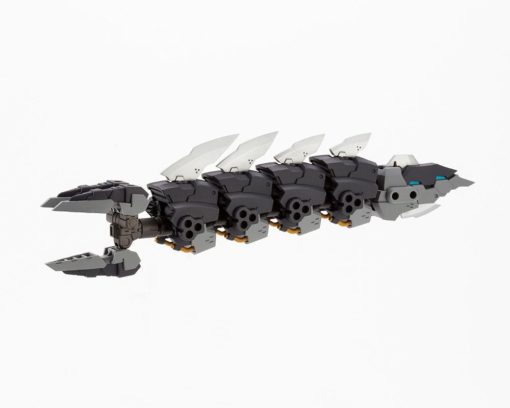 FREE Shipping to the UK
Earn 25 Points with this purchase!
Estimated Release: December 2021.

The concept of this Heavy Weapon Unit is to serve as a multipurpose articulated arm with segmented joints. This heavy weapon consists of four joint units equipped with blades that gives them a demonic appearance and a crushing claw. An endless number of joint units can be connected, allowing you to make the weapon as long as you want.

The parts have a mechanical yet organic silhouette, giving them a unique design that makes them easy to use not only with Frame Arms, but with Third Generation Hexa Gear models as well. Try using this unit as an arm, neck, or even a tail part for your next customization.