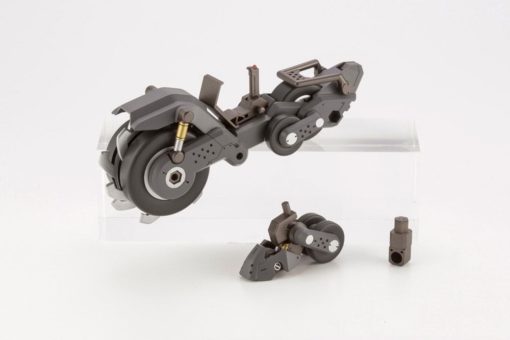 FREE Shipping to the UK
Earn 26 Points with this purchase!
Estimated Release: October 2021.

Users can enjoy this item in various ways depending on the assembly in its original form “Wheel Grinder.” Also, there is a special feature to this unit due to the structure of the inner gear inside the large wheel part where if the wheel is turned in one direction, an inner blade will pop out. If two sets are used, it can be attached to other products such as Frame Arms and Hexa Gear as “Wheel Leg Units.”

*This item may not fit on all plastic models due to its design.