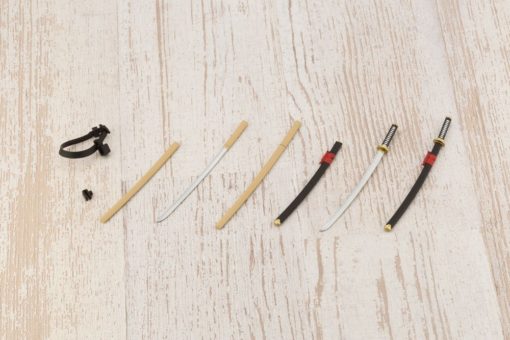 FREE Shipping to the UK
Earn 23 Points with this purchase!
Estimated Release: March 2022.

A second version of the Japanese Sword is joining the popular Weapon Unit series.

A second version of the Japanese Sword is joining the popular Weapon Unit series.

This smaller, highly detailed sword is scaled to match character models such as ones from the Frame Arms Girl and Sousai Shojo Teien lines.

The blade part is pre-painted, giving the weapon a finished look with no painting required.

The set also includes two types of swords– Type A with a koshirae, and Type B with a shirasaya.

The weapon can also be hung on a character’s waist using the PVC belt part.