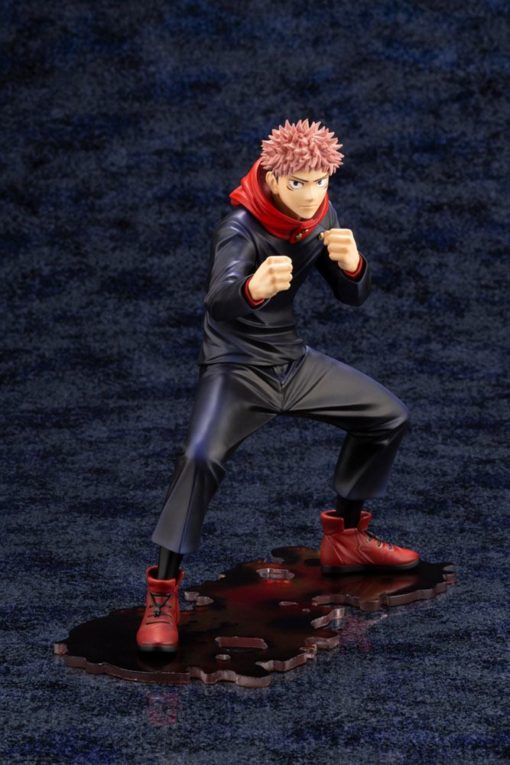 From the TV anime, JUJUTSU KAISEN, the main protagonist, Yuji Itadori, will be released by Kotobukiya as a scale figure!

From the TV anime, JUJUTSU KAISEN, the main protagonist, Yuji Itadori, will be released by Kotobukiya as a scale figure!

Yuji Itadori comes to life based on an original illustration drawn specifically for this figure.

His signature prowess in hand-to-hand combat comes across in his powerful pose as he stands at the ready. By attaching the effect parts, users can further recreate the atmosphere of Yuji Itadori in the midst of battle! The effect parts also glow when shined with a blacklight.

The design of the base uses the character’s signature colors to recreate the dark yet stylish feel of the anime.

Following Yuji Itadori, the lineup will continue with Megumi Fushiguro, Nobara Kugisaki, and Satoru Gojo. Collect them all to recreate the world of JUJUTSU KAISEN!
PLEASE NOTE: Due to the small edition size and the great demand for this item, allocations are expected to occur.