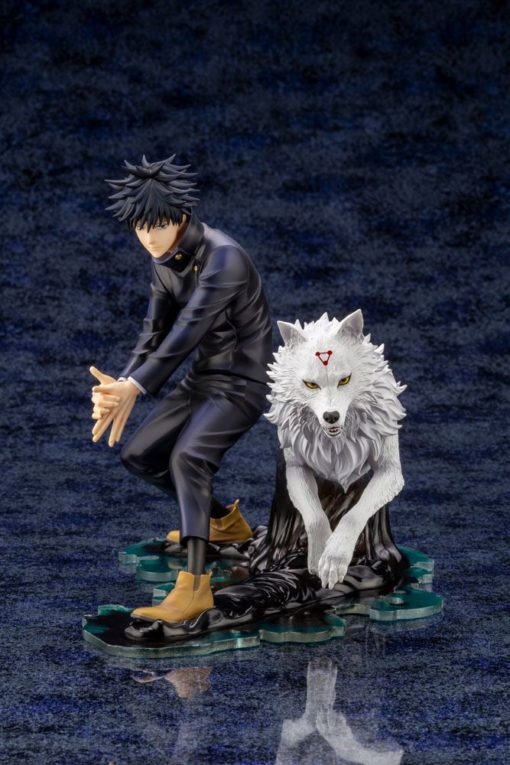 FREE Shipping to the UK
Earn 160 Points with this purchase!
Estimated Release: November 2021.

From the TV anime, JUJUTSU KAISEN, Megumi Fushiguro will be released by Kotobukiya as a scale figure!

From the TV anime, JUJUTSU KAISEN, Megumi Fushiguro will be released by Kotobukiya as a scale figure!

Based on an original illustration drawn specifically for this figure, Megumi comes to life as he is summoning his shikigami using his “Ten Shadows Technique”. Along with his “Divine Dog” leaping from the shadows, this figure captures a moment of tension from the series.

The design of the base uses the character’s signature colors to recreate the dark yet stylish feel of the anime.

Display Megumi Fushiguro with Yuji Itadori and upcoming Nobara Kugisaki and Satoru Gojo to recreate the world of JUJUTSU KAISEN!