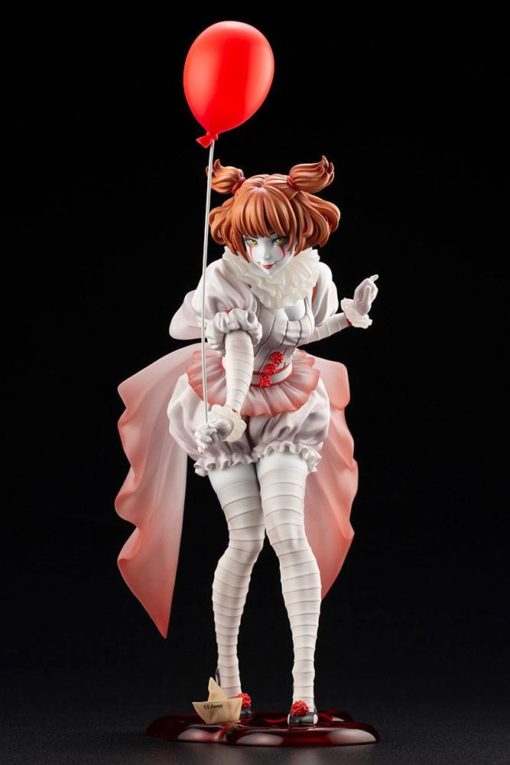 Pennywise from “IT” joins the Horror BISHOUJO series! Under beloved Yamashita Shunya’s expert hands, Pennywise’s appearance has been fully revamped while retaining its original design!

This horrifying yet adorable Pennywise can be seen offering a balloon with a grin on her face, as if inviting you to play. This statue has been brought to life with its realistic sculpting by the deft hands of the popular Yoshiki Fujimoto.

The frills that line Pennywise’s costume are all different in shape and size, and are also made with clear parts to make the frills look voluminous yet light in texture. “S.S Georgie” can be seen floating atop the red-dyed puddle, amplifying the utter feeling of eeriness.

Will you be fooled by her cute appearance?