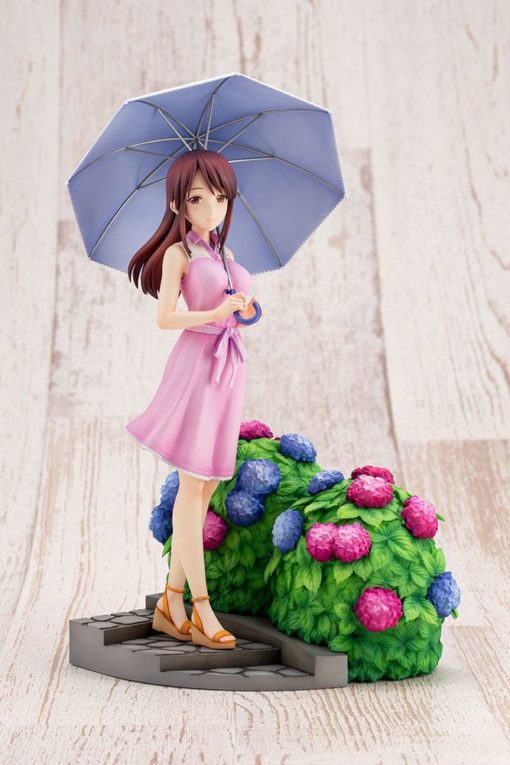 FREE Shipping to the UK
Earn 190 Points with this purchase!

From the popular mobile game and spinoff anime, The Idolmaster Cinderella Girls, Miyu Mifune is the first in the lineup for this new “-off stage-” project! The special “Idol Produce: Kamakura Hydrangea Patrol” event features Miyu in various situations, but this statue brings out her charm in one still moment.

Miyu has been sculpted with a soft expression and a gentle smile on her face, fully recreating her beauty. Behind her, an elaborately sculpted hydrangea adorns the entire figure.

This figure showcases an idol with her producer on a normal day. Be sure to get your hands on this figure to experience the life of a producer in your very own home!