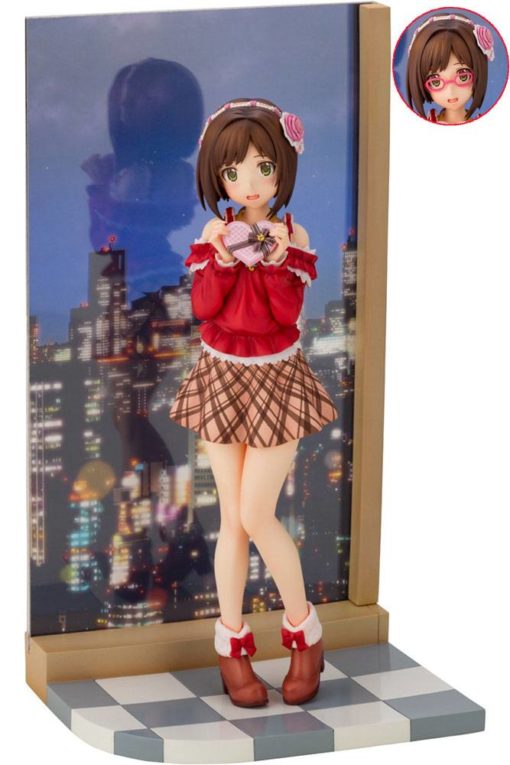 FREE Shipping to the UK
Earn 179 Points with this purchase!
Estimated Release: October 2021.

From the popular mobile game and spinoff anime, The Idolmaster Cinderella Girls, Miku Maekawa is the second in the lineup for this new “-off stage-” project! This special figure brings Miku to life as shown in the “[Ambush Cat] Maekawa Miku” episode which features a conversation between Miku and the producer during Valentine’s Day.

The tense expression on her face is different from the one she shows when she is on-stage in work mode. With chocolate in her hand and a cute outfit full of frills, this figure is full of Miku’s charm.

The night view outside the window makes this very scene look even more dramatic.

This figure showcases an idol with her producer on a normal day. Be sure to get your hands on this figure to experience the life of a producer in your very own home!