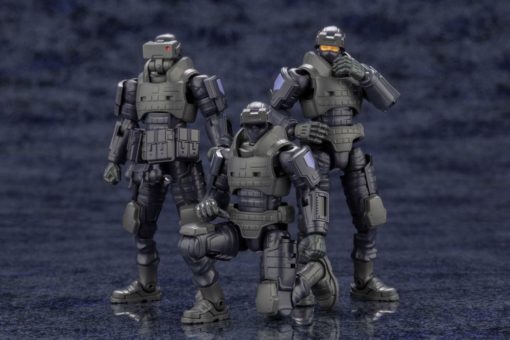 FREE Shipping to the UK
Earn 55 Points with this purchase!
Estimated Release: November 2021.

– A set of three Early Governor Vol.1 models without guns and Alice Packs for a more accessible product.
– The main body color is consistent with the black color used in LORD IMPULSE and BULKARMß “LUMBERJACK” to allow for a wider array of combinations for users to enjoy.
– The kit includes five different head parts such as wearing shooting glasses and with or without a helmet for users to select from.
– The kit includes the three sets of hand parts (left and right) from GOVERNOR ARMOR TYPE: PAWN A1.
– The head parts where the Governor’s face is visible are pre-painted.