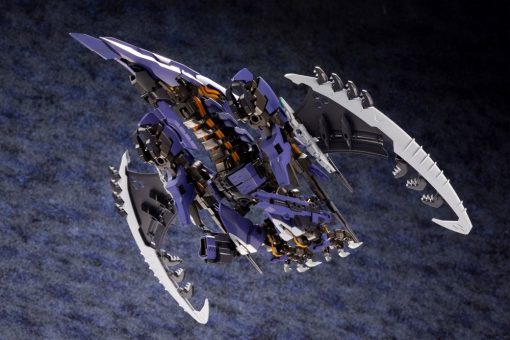 After the end of a series of major battles, the remains of an unidentified flying Hexa Gear belonging to the Valiant Force were discovered in the areas surrounding the Crystal R…

After the end of a series of major battles, the remains of an unidentified flying Hexa Gear belonging to the Valiant Force were discovered in the areas surrounding the Crystal Reactors that served as the battlegrounds. The remains were analyzed and the data from this research was used to create a new third generation Hexa Gear known as Windfall.

The majority of the remains gathered by Earthcline Biomechanics had melted, and the severity of the damage made it difficult to ascertain the original form of the units. However, due to the discovery of a mysterious “wing” part near the remains that were assumed to be the main body, many suspect that the units resembled dragons. It is said that the remains may be a Hexa Gear designed by the Valiant Force to resemble the dragon-like Agnirage units that protect the Crystal Reactors, but there is little proof to support this claim.

Based on the data gathered, there is a rumor that there is a Governor who shot the units down. Amongst the information gathered, there is a large amount of missing data and dubious findings about inexplicable and drastic increases in pollution and a mysterious glowing aura from an unidentified light source, but the rumor of this Governor is a source of hope for the Liberty Alliance’s troops.

Due to these discoveries, the series of battles became known as the “Dragon Wars,” and the new Liberty Alliance Hexa Gear became known as “Windfall,” due to the valuable and unexpected nature of its development.