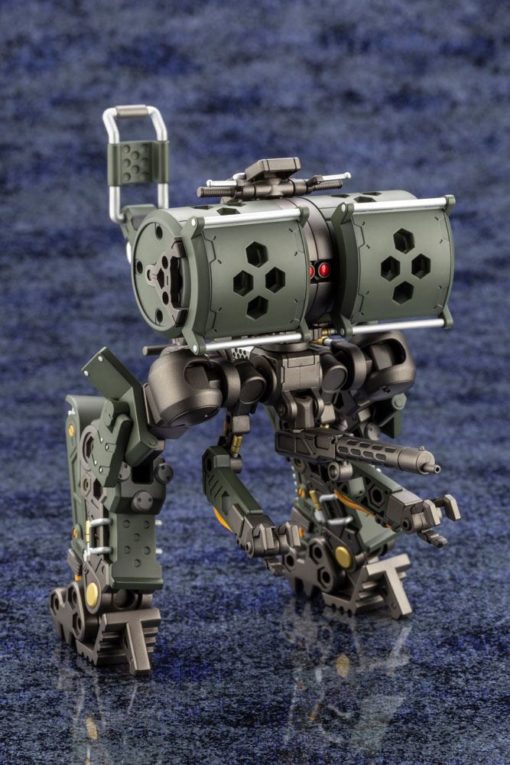 FREE Shipping to the UK
Earn 46 Points with this purchase!

The popular Scarecrow, one of the second-generation Hexa Gear units, is now back in an all-new FOREST COLOR Ver.

The popular Scarecrow, one of the second-generation Hexa Gear units, is now back in an all-new FOREST COLOR Ver.

With the new dark green coloration, this rendition of Scarecrow can now be more easily combined with other second-generation Hexa Gear units by simply assembling the pre-painted parts.

– The machine gun can be modified and used as a HEXA GEAR Weapon for other models such as BULKARM a (sold separately).
– The HEXA G-R.A.M Storage Units can also be removed and equipped with a small handle to use with Governor models.
– The leg parts can be removed and used with other HEXA GEAR models.
– The Ground Chainsaws attached to Scarecrow’s feet can be removed and equipped with an attachment for Governors to hold as a weapon.
– The control device is a special version that is also compatible with Frame Arms Girls models.
– The HEXA G-R.A.M storage units can be attached to other Hexa Gear for use as drop tanks.