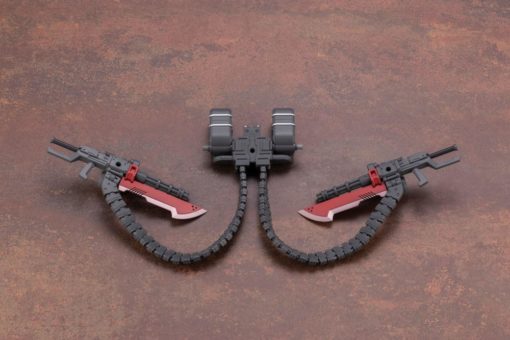 FREE Shipping to the UK
Earn 36 Points with this purchase!
Estimated Release: March 2022.

A weapon compatible with the Governor Bump Up Expander is here!

A weapon compatible with the Governor Bump Up Expander is here!

– The belt of the bandolier is made of PS plastic, and is completed by running a wire through the inner part. This accessory is paintable, and designed to prevent degradation over time while remaining flexible.
– This product can be used to equip models from other separately sold series such as Frame Arms Girl or Megami Device.