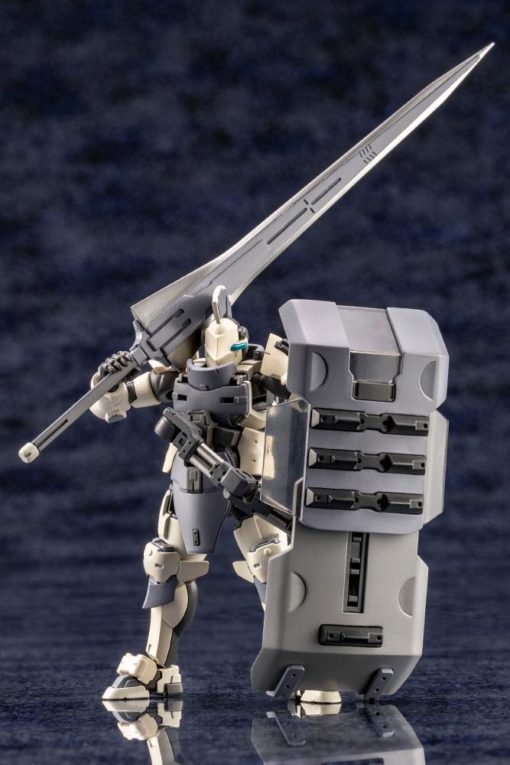 Earn 43 Points with this purchase!

– Attach the Large Sword with Large Cannon included in GOVERNOR ARMOR TYPE: KNIGHT NERO (sold separately) for an even more enhanced Hexagear weapon.
– The Shield uses clear parts to bring out a realistic feel to the model. The grip part of the shield can be adjusted to give optimal posing options. Attach to the Mount Arm using its 3 mm connecting part to enjoy endless assembly options.
– Despite the model’s size of 82 mm, it has 24 joints that can be moved.
– This model uses GOVERNOR ARMOR TYPE: PAWN A1 Ver.1.5 as its base.
– The Mount Arm included uses a flexible joint part to give the mount more design options, and allows for various parts to be attached.
– The back pack part and chest parts include 3 mm connecting joints to attach the Mount Arm.
– The head is pre-painted.