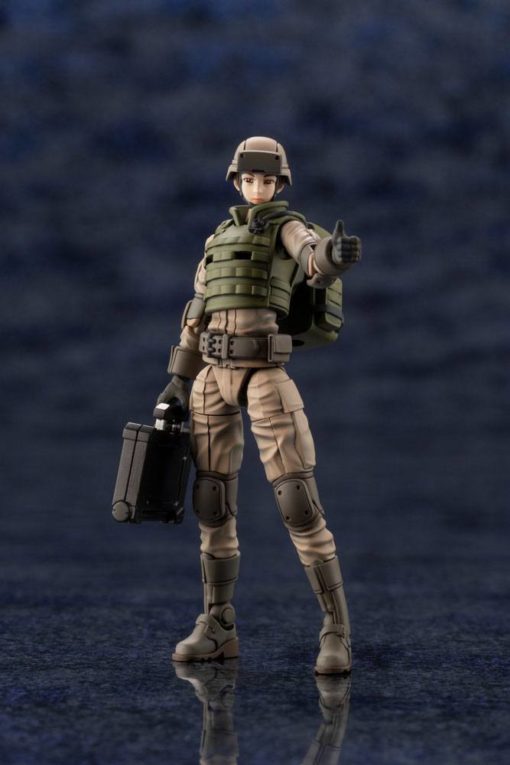 FREE Shipping to the UK
Earn 33 Points with this purchase!

– 5 newly designed head parts are included. Various types of helmets are included such as the EARLY GOVERNOR Vol.1’s “Shooter Router Helm” and “Pilot Type (With/Without Visor).” This Governor can be displayed with a cap with/without a headset to show her time away from the field. Users can display this item in various combinations depending on the assembly.

*The eyes are not pre-painted so users will need to paint them in themselves.

– The ankle parts use the same side-roll joints as Early Governor Vol.1 to allow for a wide range of action poses.

– 3 sets of newly sculpted hand parts are included with the 4 sets of hand parts from Early Governor Vol.3 so users can recreate a wide variety of poses.