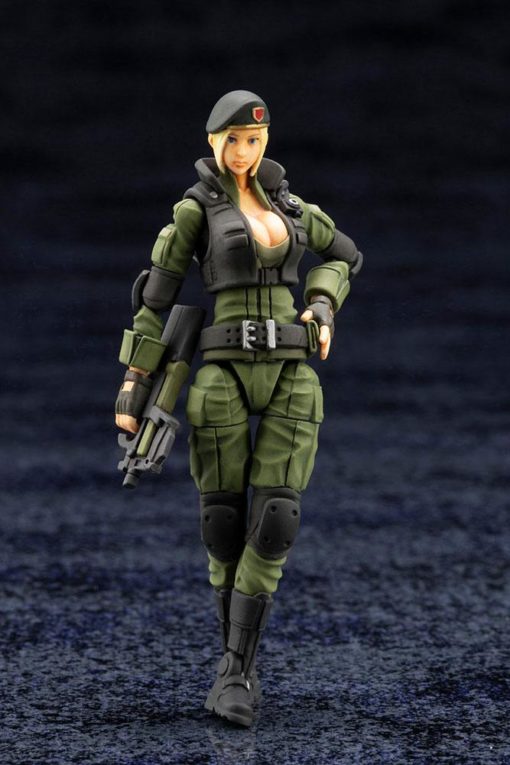 Earn 35 Points with this purchase!

A female Governor model joins the popular Early Governor series! The head of the model has been made to become more realistic than the previously released models, and comes with…

A female Governor model joins the popular Early Governor series! The head of the model has been made to become more realistic than the previously released models, and comes with four variations of heads to give customers optimal customization options. This model uses the same 22 points of articulation used in Frame Arms Girl Handscale Gou-rai, allowing for natural poses. The connector part on the HEXA G-R.A.M. piece for the back of the model has a 3mm part to attach the included handguns and rifles.