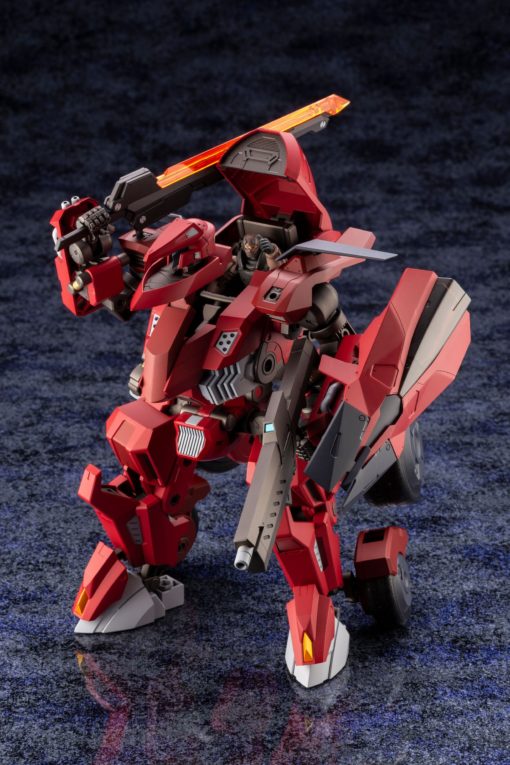 – Parts of the head have been made with a new mold, giving the model a more advanced design and better color division.
– The samurai master sword in this kit comes with a special clear orange color variant.
– The model can be converted between “Humanoid Mode” and “Vehicle Mode.”
*The shield, rifle, and assist wheel connector parts will need to be switched out.
– The model includes the fully closable cockpit included with previously released Bulkarm Glanz, which can be equipped with a separately sold Governor model.
– The included hand parts are the same as M.S.G. Hand Unit Wild Hands, with a few updates to the design, giving them more stability when holding weapons.
– The tires on the Assist Wheels are made of PVC, giving them a realistic appearance. The wheels are also equipped with an expansion mechanism that allows users to alter the distance of the vehicle from the ground.
– The rifle magazine is detachable, and is constructed with high detail that allows you to see the bullets inside the magazine.
– The model is constructed using the HEXA-G.R.A.M. system, making it highly customizable and compatible with other models from the HEXA GEAR series.
– The model’s headlights are retractable.
– The model’s tail lights are made of clear red and orange parts.