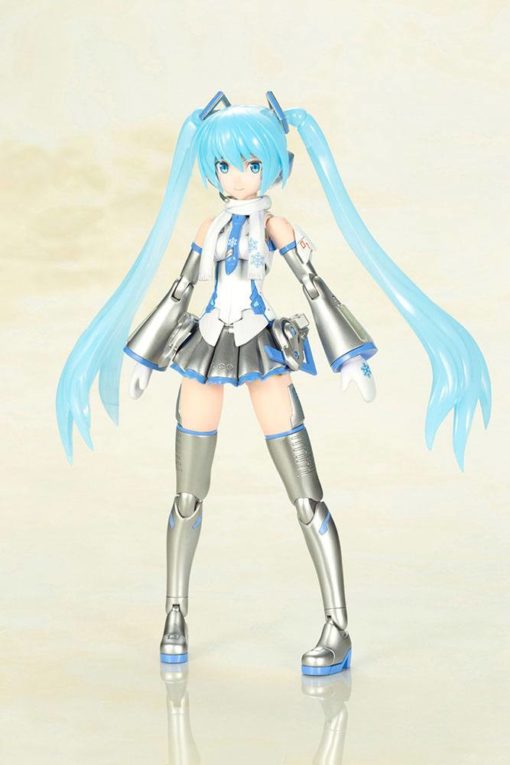 FREE Shipping to the UK
Earn 72 Points with this purchase!

Based on designs by Fumikane Shimada and Takayuki Yanase, Kotobukiya’s Frame Arms Girl and the beloved Hatsune Miku come together for a special collaboration! A cute snow-themed…

– This kit comes in a special Snow Miku themed coloration.
– Scarf and gloves are newly created for this model.
– The model kit includes three face parts: “singing,” “looking left,” and “looking forward.”
– The face parts are all pre-printed, allowing for easy assembly with no paints or decals required.
– The model kit includes bases for the mic, mic stand, and special translucent bases for the speaker drones as well as a base for Miku herself.
– Besides the standard arm parts, the model kit also includes arm parts without sleeves.
– The model kit includes 5 pairs of PVC hands. The wrist joints are compatible with the hand parts from existing Frame Arms Girl models.
– Decals for the eyes are included.
– The skirt is moveable, giving the legs a wider range of movement.
– The model is equipped with 3 mm joints at several points, including the back, waist, and calves, making it compatible with parts from the M.S.G and Frame Arms series.