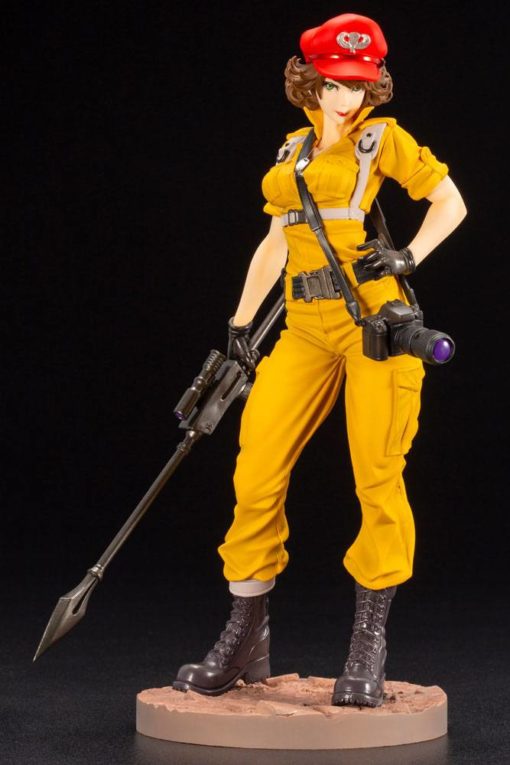 In this special color variant, Lady Jaye can be seen donning a mustard yellow coverall as she sneaks into the city. In addition, the ketchup-colored military hat adds an additional cute touch to the overall design.

Created through the power of technology, this high quality digitally sculpted statue leaves no detail untouched thanks to the expert hand of sculptor Takaboku Busujima (BUSUJIMAX)! The digital sculpting brings out a realistic look and feel like no other. The packaging of this statue can also be reassembled to look like the original packaging from the G.I. JOE action figures from the past.

The G.I. JOE BISHOUJO series will continue to grow with an extensive lineup of characters, so stay tuned for more updates! Yo JOE!!