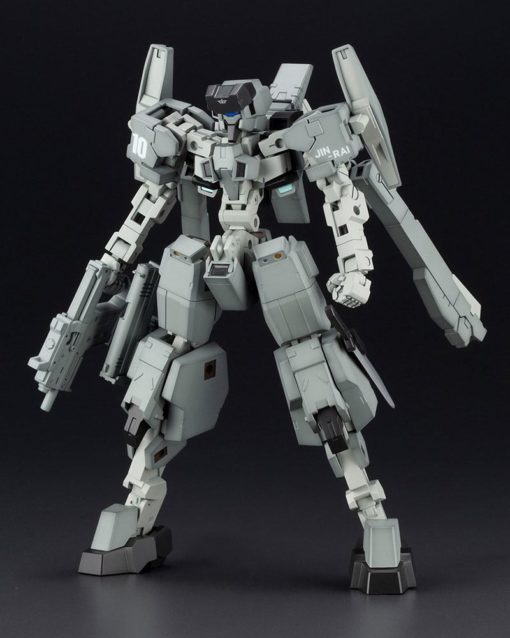 FREE Shipping to the UK
Earn 54 Points with this purchase!

A unit based on Takayuki Yanase’s GOU-RAI and reimagined by Humikane Shimada for the Frame Arms Girl series, TYPE34MODEL1 JIN-RAI, now reappears with new armor and color as TYPE…

The model’s base gray color scheme is recreated with colored plastic. The multi-colored plastic of the kits gives the model a striking appearance simply by assembling the model.

The hand parts are equipped with swing joints, and a new gun-holding hand “FA Hand 2” is included.

Newly sculpted parts, “Frame Architect Joint Parts” are included. This is not only used to connect between Frame Arms models but increases customization options.

The kit includes decals for JIN-RAI.

*The Frame Architect parts are not pre-assembled and only includes runners necessary to assemble this product.