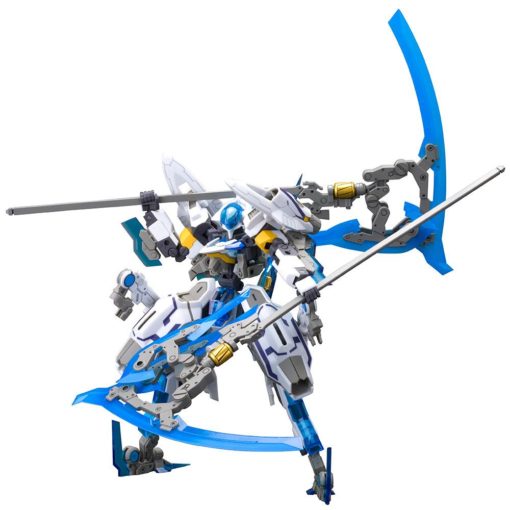 FREE Shipping to the UK
Earn 70 Points with this purchase!
Estimated Release: March 2022.

Consisting of 150 pieces, and includes new detailed decals allowing you to customize and decorate the model kit without having to paint!

Model kit parts are interchangeable with other Frame Arms model kits from Kotobukiya, allowing for an infinite array of customization options!

Includes new pieces that weren´t in the original release, such as the Beryl Smasher weapon and the XFA-01 Werewolf Spector hand, capable of holding large weapons.

Can be reconfigured to display in either standing or flying mode. For flying mode, use the included attachment pieces and base.