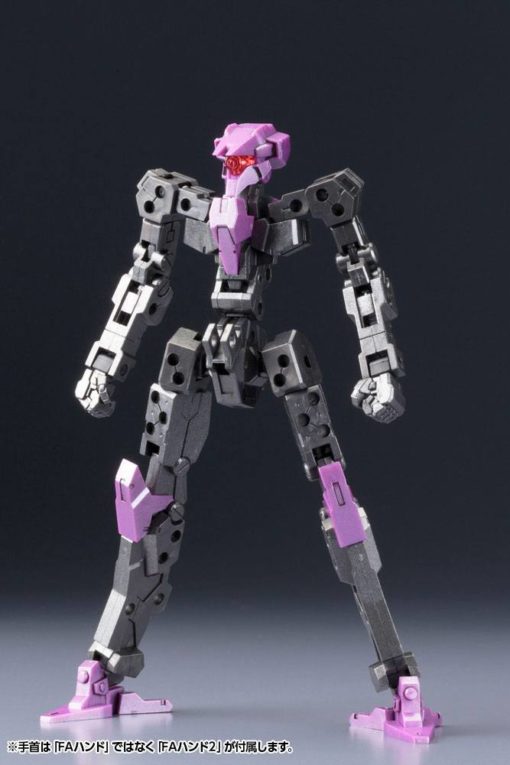 FREE Shipping to the UK
Earn 23 Points with this purchase!

Three different color schemes of this model are included to accommodate users’ needs such as model coloring and customizations. This model is also compatible with Frame Arms products so users can attach extra parts to models by exchanging the base frame or use as is.