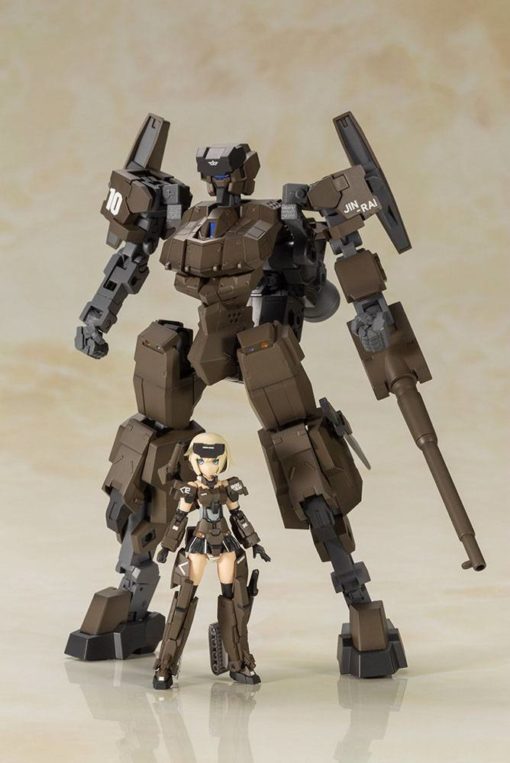 FREE Shipping to the UK
Earn 70 Points with this purchase!
Estimated Release: January 2022.

JINRAI ARMOR for HANDSCALE GOURAI is now available!
The JINRAI ARMOR is a combination of Frame Arms JINRAI and the cockpit part of Hexa Gear AERIAL FIGHTER WOODPECKER using a new joint part.

This kit allows you to combine your character and mecha models in new and exciting ways.