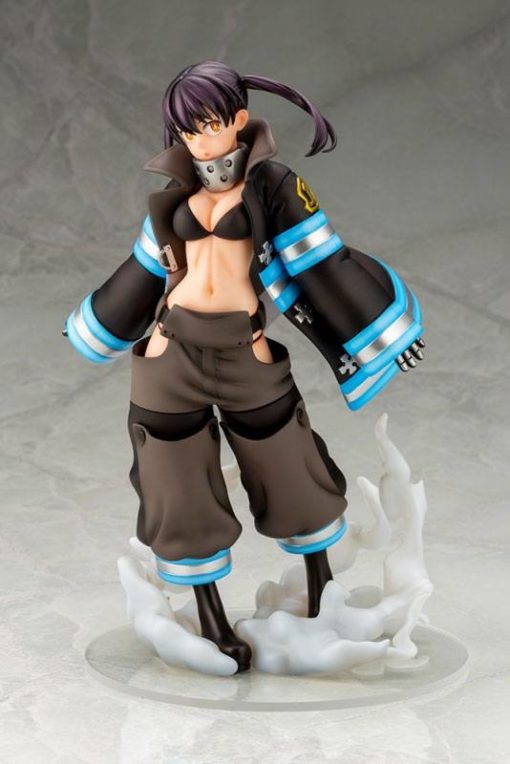 FREE Shipping to the UK
Earn 164 Points with this purchase!
Estimated Release: December 2021.

“I’m a firefighter too! My job is to protect people, not to be protected!!”

“I’m a firefighter too! My job is to protect people, not to be protected!!”

This statue is based off Tamaki from the cover of the seventh volume of the manga, which shows off Tamaki’s serious yet cute personality.

From the blue stripes on the firefighter jacket that gleam brightly in the world of smoke and flames, to the curves of Tamaki’s body, this figure shows off many aspects of her charm.

This statue is perfect for any Fire Force fan.
Be sure to get a hold of this statue, and revel at the fine details and sculpt!

Enjoy the world of Fire Force by showcasing this statue next to our ARTFX J Shinra Kusakabe!