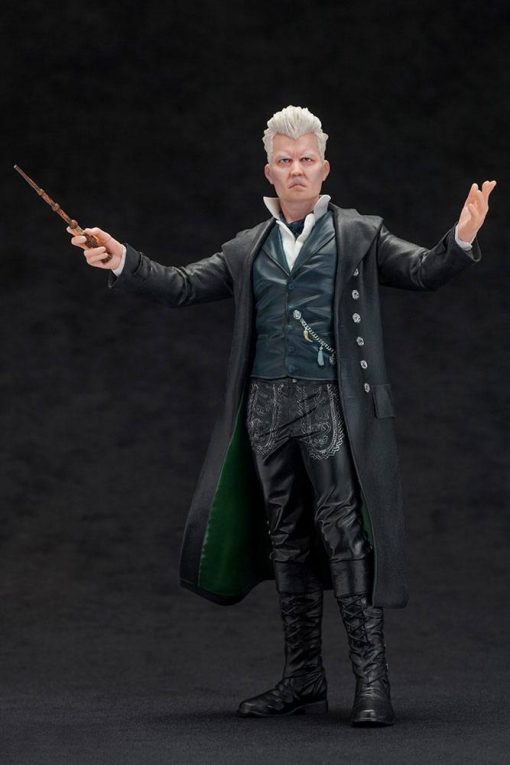 FREE Shipping to the UK
Earn 85 Points with this purchase!

The titular villain from the latest installment in the Wizarding World’s Fantastic Beasts series, Johnny Depp’s iconic rendition of Gellert Grindelwald is joining the ARTFX+ lin…

The titular villain from the latest installment in the Wizarding World’s Fantastic Beasts series, Johnny Depp’s iconic rendition of Gellert Grindelwald is joining the ARTFX+ line! The powerful dark wizard is portrayed as he appears in Fantastic Beasts: the Crimes of Grindelwald, as gathers allies to fulfill his quest to create a world where muggles are controlled by wizards.

This exquisitely detailed 1/10 scale ARTFX+ statue comes with a steel base that is compatible with the magnets in the statue’s feet that give the statue extra stability when displayed in a variety of angles.