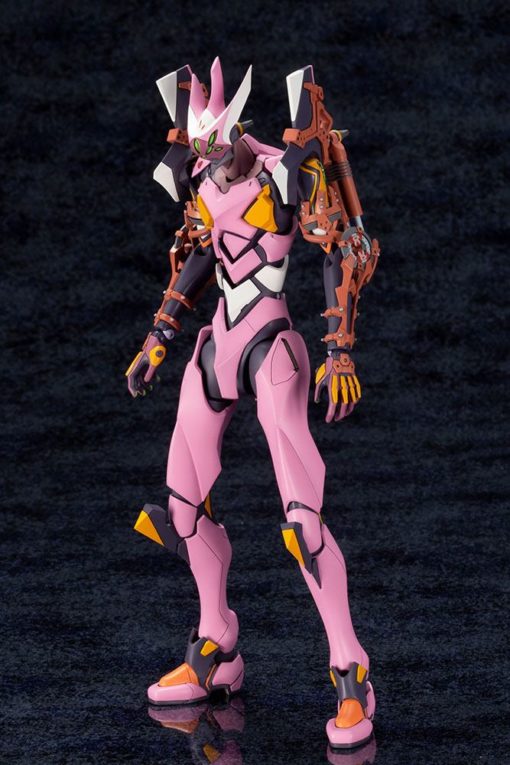 FREE Shipping to the UK
Earn 100 Points with this purchase!
Estimated Release: October 2021.

EVANGELION KAI Unit 08 GAMMA that appeared in “EVANGELION: 3.0 +1.0 Thrice Upon A Time” will now be available as a 1/400 scale plastic model kit!

EVANGELION KAI Unit 08 GAMMA that appeared in “EVANGELION: 3.0 +1.0 Thrice Upon A Time” will now be available as a 1/400 scale plastic model kit!

This model kit features a precise joint design with the use of CAD technology and a sophisticated form created by the hands of highly-skilled sculptors to create an all-new Evangelion model kit.

This is a multi-colored kit with some parts pre-painted, allowing you to recreate EVANGELION KAI Unit 08 GAMMA just by assembling.

– The interlocked cylinder parts on the shoulders and elbows adjust with the joints.
– Movable Entry Plug: Recreated by exchanging the movable rear block.
– Option to attach the separately sold MB-48 New Flying Base in order to recreate action poses shown in-film.