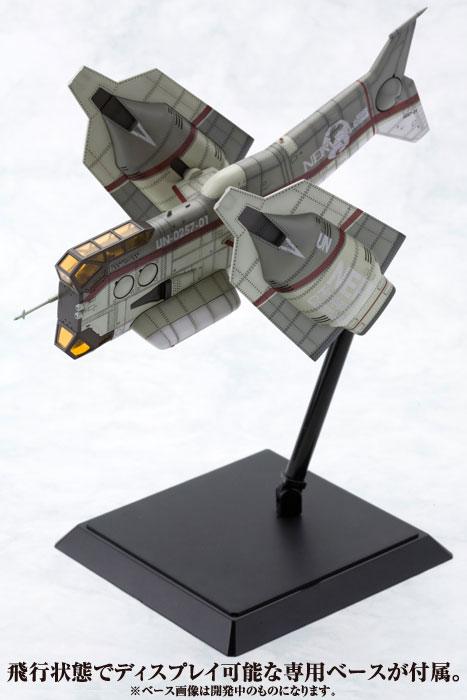 FREE Shipping to the UK
Earn 63 Points with this purchase!

Vertical Take-off and Landing Aircraft YAGR-N101 from EVANGELION:3.0 YOU CAN (NOT) REDO. joins Kotobukiya’s plastic model series in a 1/100 scale!

Vertical Take-off and Landing Aircraft YAGR-N101 from EVANGELION:3.0 YOU CAN (NOT) REDO. joins Kotobukiya’s plastic model series in a 1/100 scale!

This model kit recreates the look of this unique vehicle with an excellent sculpt that captures every detail.

Not only is the rivet mold of this aircraft’s exterior finely recreated, the different markings such as “NERV” that can be found on this aircraft are also included in this model kit as an additional decal. A specially designed flying base is also included to display YAGR-N101 flying. Furthermore, this aircraft has the same wing articulation seen in movies for users to display in take-off, landing, or flight configurations.

The silhouette that is unique to Vertical Take-Off and Landing (VTOL) Aircraft is sure to excite not only Evangelion fans but also fans of aircraft!