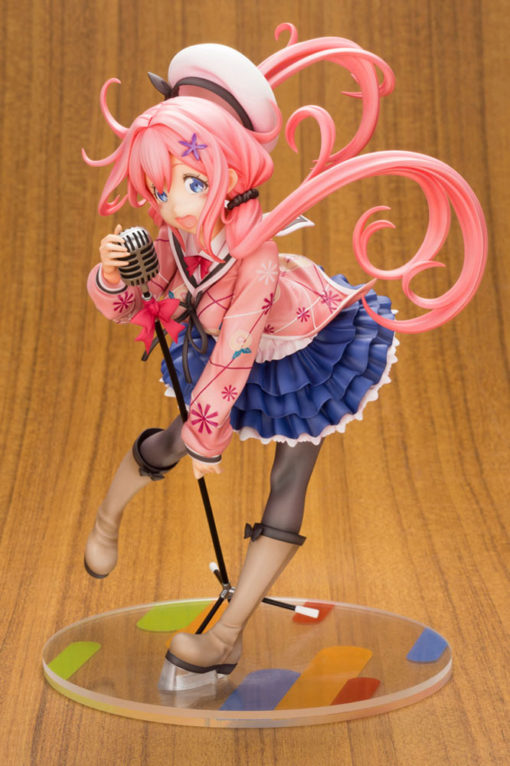 FREE Shipping to the UK
Earn 178 Points with this purchase!
Estimated Release: June 2021.

From the currently airing anime series “Dropout Idol Fruit Tart” comes an all-new scale figure of Ino Sakura who has moved to Tokyo to become an idol and can be seen showing off her energy with her dynamic pose.

From her dancing braids to the delicate frills of her skirt, each aspect of this figure was sculpted with great care. The signature design of her jacket was also faithfully recreated within this sculpt.

The base also incorporates the members’ signature colors from the group “Fruit Tart” for a colorful finish.

Be sure to add this upcoming new idol who works hard every day to save Rat Productions to your collection!