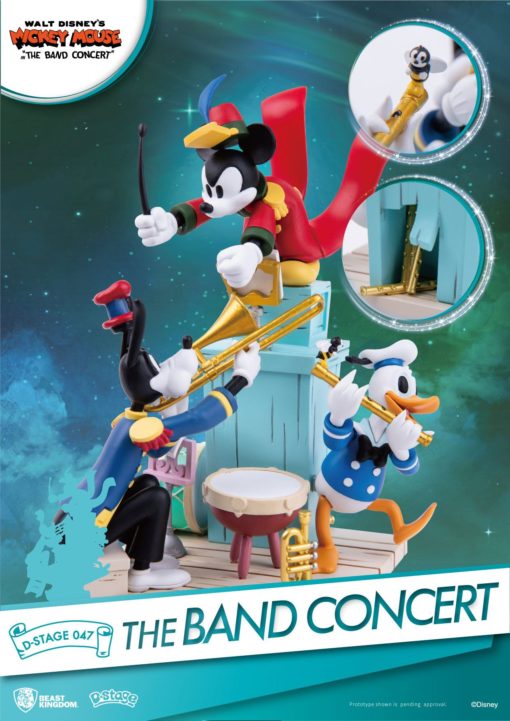 FREE Shipping to the UK
Earn 60 Points with this purchase!

Released in 1935, the now classic animated short “The Band Concert”is considered by many a staple of cinematic history, as it is the first appearance of Mickey Mouse in full Technicolor!

Released in 1935, the now classic animated short “The Band Concert”is considered by many a staple of cinematic history, as it is the first appearance of Mickey Mouse in full Technicolor!

A fun animation following Mickey’s concert performance in a park. Yet, with multiple distributions and antics from the likes of Donald the Duck and Goofy, we soon get whisked into a story of mishaps and crazy accidents.

From the stage to the detailed characters and musical instruments, The Band Concert D-Stage includes the three characters from the film with their signature musical instruments, causing all sorts of havoc. Mickey, Goofy and Donald Duck are included on a beautifully recreated scene, including a huge amount of fine details down to the adorable bee on Donald’s flute.

So for all Mickey and friends fans, add this to your collection today and make sure to check out the other sets in the series, including “The Clock Cleaners”.