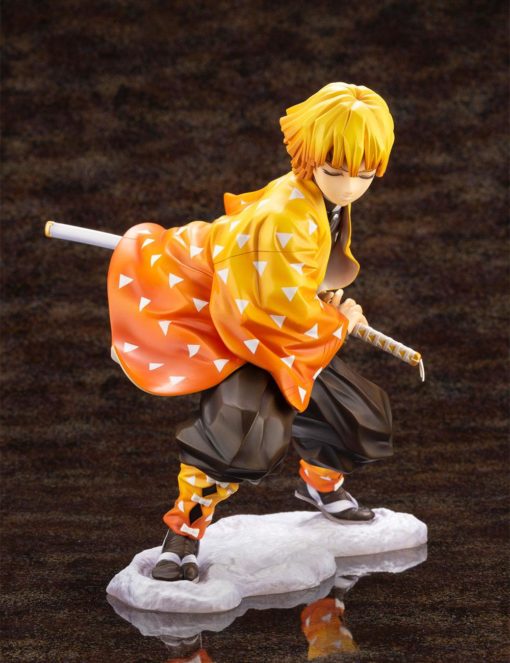 FREE Shipping to the UK
Earn 148 Points with this purchase!

Zenitsu Agatsuma will be released by Kotobukiya as a 1/8 scale figure!

Zenitsu Agatsuma will be released by Kotobukiya as a 1/8 scale figure!

From the hit anime, Demon Slayer: Kimetsu no Yaiba, Zenitsu Agatsuma joins Kotobukiya’s line of scale figures. This statue shows Zenitsu as he prepares to draw his Nichirin Blade. This figure fully showcases Zenitsu’s charm and character, from the folds in the clothes that show movement, to the vibrant painting in the clothes and hair.

Line him up next to Nezuko Kamado and Tanjiro Kamado to add the world of Demon Slayer: Kimetsu no Yaiba to your collection!