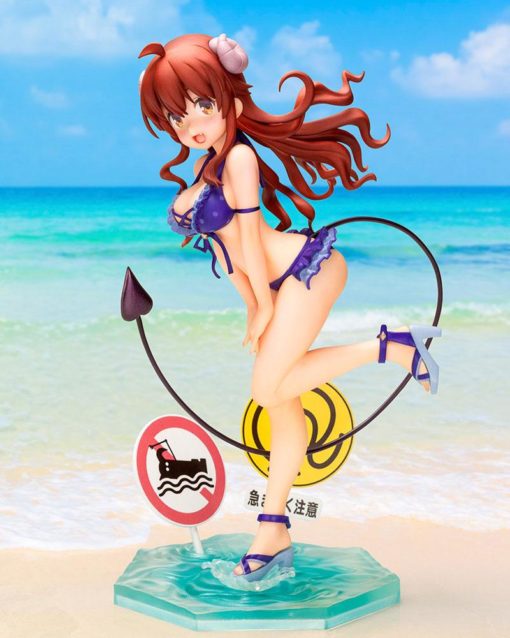 Home/Shop/Demon Girl Next Door, The

FREE Shipping to the UK
Earn 162 Points with this purchase!
Estimated Release: September 2021.

From the hit anime with an upcoming second season, The Demon Girl Next Door, Shadow Mistress Yuko, or “Shamiko” is now brought to life with a swimsuit look!

From the hit anime with an upcoming second season, The Demon Girl Next Door, Shadow Mistress Yuko, or “Shamiko” is now brought to life with a swimsuit look!

In continuation to the previous statue, this statue is based on an original illustration created by series illustrator Izumi Ito.

The adorable swimsuit with frills as well as the horns and tail that reveal her demonic ancestry are all faithfully recreated down to the finest detail.

The base is sculpted with clear parts to recreate the waterfront setting. Signs that are reminiscent of the anime title’s logo design are also included on the base. The color scheme of this figure was designed to complement well with the upcoming “Momo Chiyoda Swimsuit Ver.” (sold separately).

Be sure to enjoy each detail in this figure which showcases Shamiko’s personality perfectly.