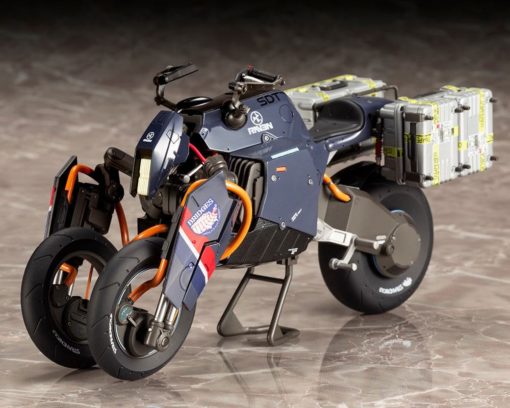 – “On-Road Mode” and “Off-Road Mode” can both be recreated with this model kit.
– Two types of specialized stands are included so the bike can be independently displayed with each mode.
– The front and rear tube parts are made with a soft material to be adjusted flexibly depending on how the bike is displayed.
– The bike can accommodate a large amount of cargo, as is characteristic in the game.
– Three types of cargo (large, medium, small) are included.
– Various marking decal is included.
– The separately sold “Ludens” can be placed on the seat to ride.