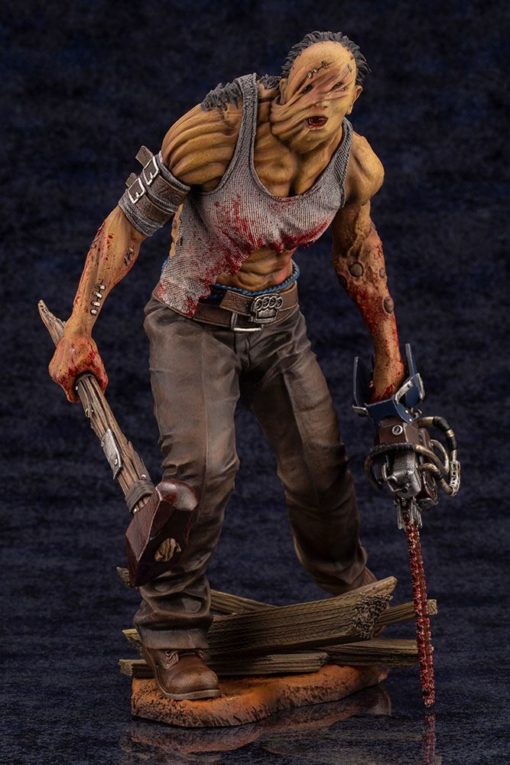 FREE Shipping to the UK
Earn 175 Points with this purchase!
Estimated Release: September 2021.

From the groundbreaking multiplayer asymmetrical horror game “Dead By Daylight”, that recently celebrated its 4th anniversary, comes a scale figure of the classic killer, THE HI…

From the groundbreaking multiplayer asymmetrical horror game “Dead By Daylight”, that recently celebrated its 4th anniversary, comes a scale figure of the classic killer, THE HILLBILLY!

This eerie figure who chases after the Survivors with a limp comes to life through the skilled hands of the sculptor MASATO OHATA, who is also a big fan of this game.

With the addition of Norifumi Dohi (FRANKEN)’s details to the sculpt/paint every element and texture of The Hillbilly is perfectly brought to life in a manner that can only be portrayed in a statue.

The third character that will be joining the Dead By Daylight BISHOUJO lineup is The Wraith! Collect them all and a forest of mist may spread throughout your room.