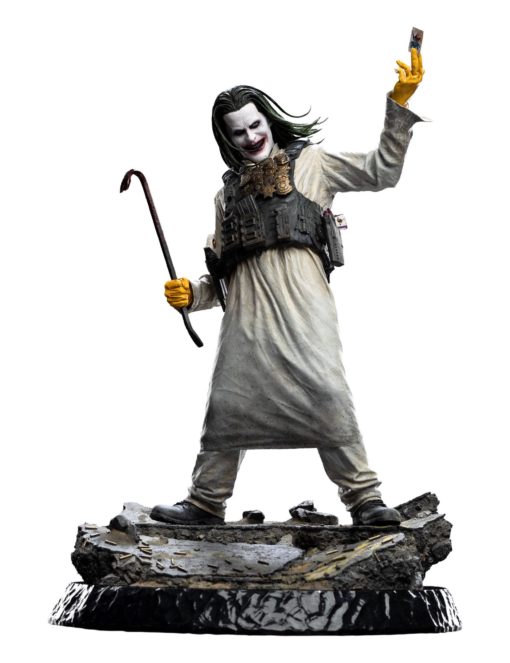 FREE Shipping to the UK
Earn 880 Points with this purchase!
Estimated Release: April 2022.

The Clown Prince of Crime is back, and this time he’s offering a truce. Is it desperation that brings two opposites together? Despite the threat, can The Joker really be trusted…

The Clown Prince of Crime is back, and this time he’s offering a truce. Is it desperation that brings two opposites together? Despite the threat, can The Joker really be trusted? Just how bleak will things get in Zack Snyder’s post apocalypse Knightmare?

This agent of chaos is the antithesis of Batman, and as one of the most iconic villains in the DC Universe, has seen many incarnations over the decades. In this sculpt, Weta Workshop’s The Joker brings a fresh take to the lord of laughter, adding even more mystery and intrigue to Zack Snyder’s Justice League.

Please note: For this item, demand is expected to be higher than the available quantity, which may result in allocations or cancellations of quantities ordered.