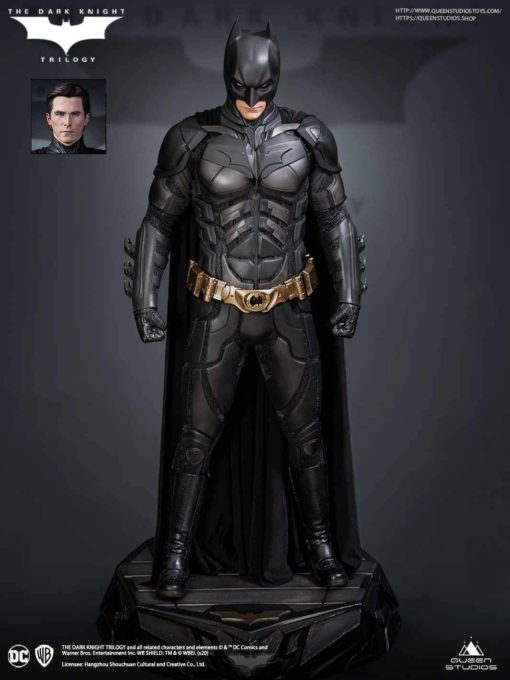 FREE Shipping to the UK
Earn 1,750 Points with this purchase!

After witnessing the death of his parents’ at the hands of a mugger, Bruce Wayne swears to rid Gotham City of crime. Under the tutelage of Ra’s al Ghul and the League of Shadows…

After witnessing the death of his parents’ at the hands of a mugger, Bruce Wayne swears to rid Gotham City of crime. Under the tutelage of Ra’s al Ghul and the League of Shadows, Bruce becomes adept in the art of combat returning to Gotham to keep a tight lid on crime. Despite his success, a despicable young criminal bursts on the scene plunging the city into chaos. As Batman, Bruce must tread a fine line between becoming a hero and a vigilante to restore order.

The 1:3 Dark Knight statue features a carefully crafted movie accurate depiction of Batman’s second suit made of polystone. To make this statue even more unique, there are two options for the base. One single base included with each statue. The other, an optional wider base sold separately allows collectors to pair with the 1:3 Heath Leadger Joker to recreate the interogation scene from The Dark Knight movie.