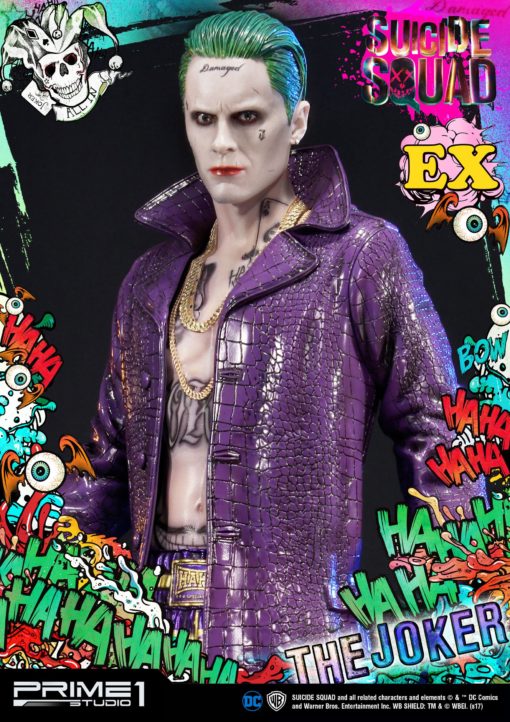 FREE Shipping to the UK
Earn 1,050 Points with this purchase!
Estimated Release: October 2021.

Prime 1 Studio is proud to present MMSS-03: The Joker from Suicide Squad Movie (2016). The Joker is an extreme and infamously formidable psychopathic criminal from Gotham City, being at the very top of the city’s criminal underworld, greatly feared by other crime bosses. Devoid of empathy or pity for anybody taking part in his wicked schemes either by intimidation or fraud, the Joker does, however, adore his girlfriend and partner in crime Harley Quinn, doing his utmost to rescue her from the Suicide Squad and clutches of Amanda Waller, with eventual success. The Joker is also the long-time archnemesis of Batman and the murderer of the latter’s protegee Robin, Jason Todd, alongside Harley.