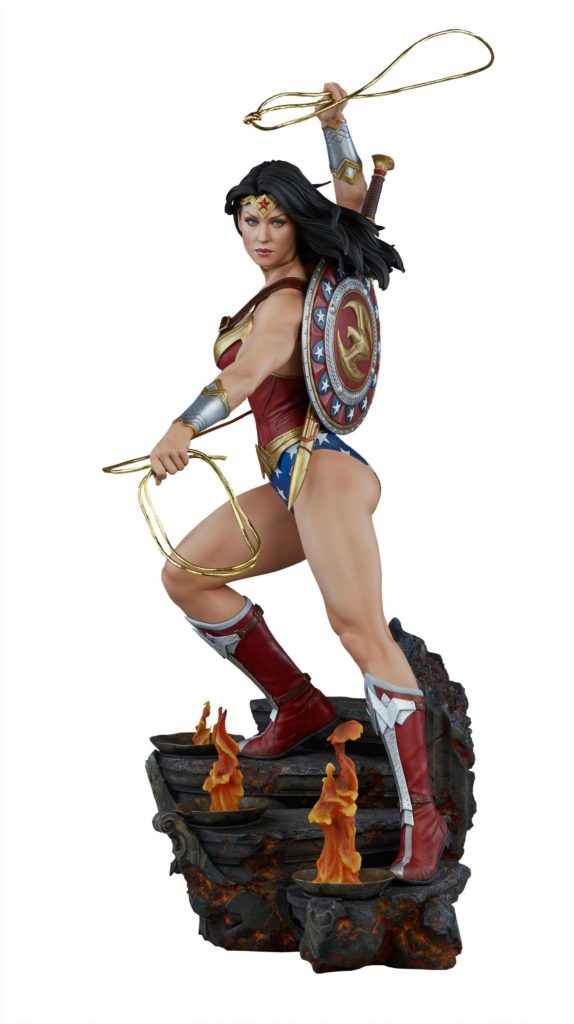 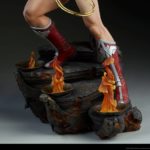 Earn 512 Points with this purchase!

Measuring 56 cm tall, Wonder Woman stands on guard as she descends a blackened classical staircase to Hades, lined with sculpted warrior portraits as well as clear resin flames that include a flickering light-up feature.

Wonder Woman is wielding her golden Lasso of Truth, with her sword and aegis shield at her back. Both the lasso and the leather-like strap across her chest are fabric features. Wonder Woman’s comic-inspired portrait includes a dynamic hairstyle, a golden tiara and necklace, and a focused expression. The Wonder Woman Premium Format™ Figure is a polystone statue, showcasing Wonder Woman’s demigoddess physique. Her iconic red and blue costume is accented with white stars, and her armor includes a golden eagle breastplate, a matching gold belt, silver bracelets, and red boots with silver covers.

Shades of Hades! Add the power of the Amazon princess to your collection and order the Wonder Woman Premium Format™ Figure today!