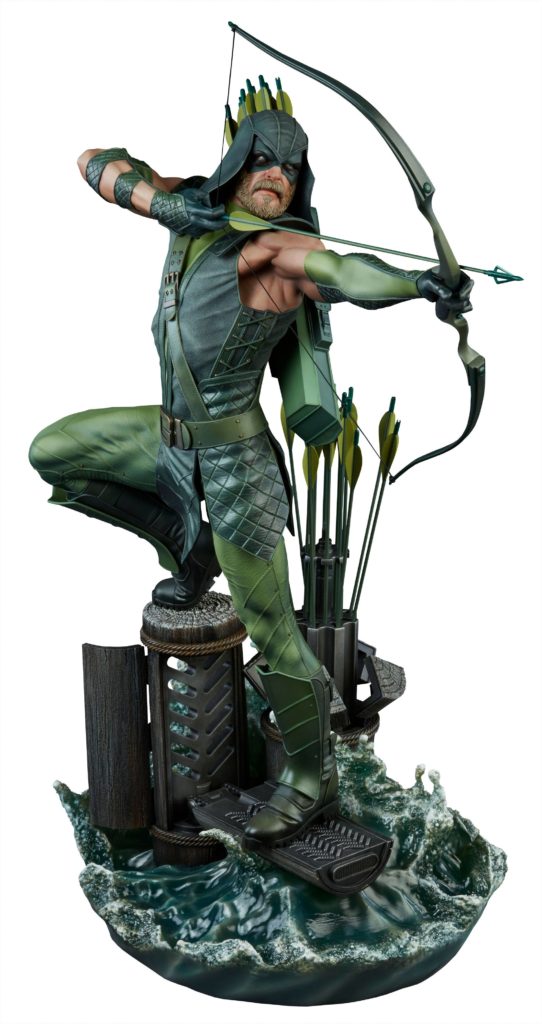 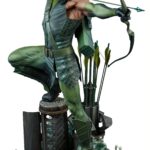 Earn 632 Points with this purchase!

Green Arrow measures 65 cm tall, standing on a base featuring one of the hero’s hidden caches of arrows while sculpted waves churn beneath the bowman’s green boots.

The Green Arrow Premium Format™ Figure features an intricately sculpted costume, detailed with textures to mimic the look and movement of a dynamic vigilante uniform, including shoulder guards and an emerald tunic and pants. He has an athletic sculpted physique and is equipped with archery arm guards, as well as a fully-stocked quiver at his back. Green Arrow’s hooded modern portrait with a green domino mask and carefully groomed facial hair gives Oliver Queen an air of mystery as he aims with intent at his next target.

Don’t miss your shot to add the Green Arrow Premium Format™ Figure to your lineup of DC Comics collectibles!