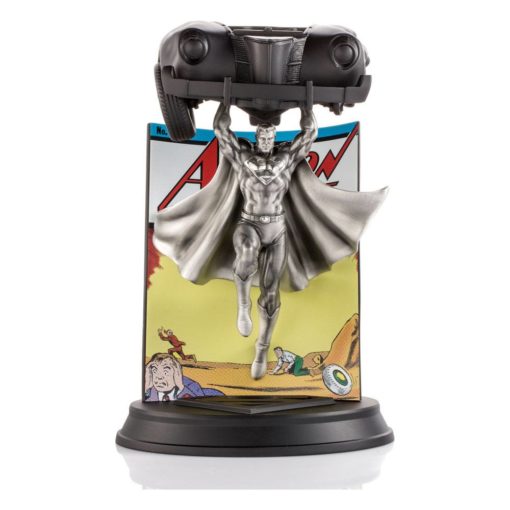 Earn 425 Points with this purchase!

Myths develop over time. In the case of Superman’s, it emerges fully-formed in 1938, depicted on the cover of Action Comics #1. Hoodlums flee a powerfully-built figure garbed in…

Myths develop over time. In the case of Superman’s, it emerges fully-formed in 1938, depicted on the cover of Action Comics #1. Hoodlums flee a powerfully-built figure garbed in a close-fitting suit with a sweeping cape as he smashes the car he holds effortlessly aloft; the embodiment of Jerry Siegel and Joe Shuster’s Superman in a single iconic image.

In 2010, the comic book becomes the first to sell at auction for US$1 million. Copies from its original print run continue to rank amongst the world’s most expensive, with a specimen fetching over US$3 million in 2014.