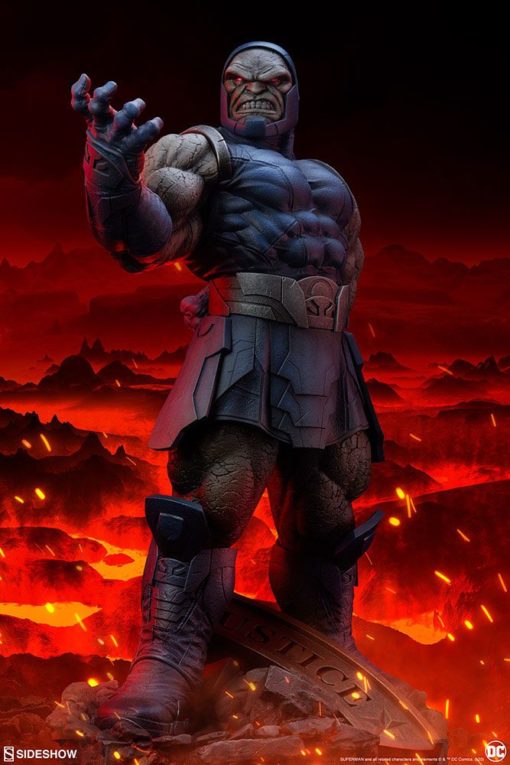 FREE Shipping to the UK
Earn 638 Points with this purchase!
Estimated Release: September 2021.

Sideshow presents the Darkseid Maquette, here to lord over your hall of DC Comics collectibles.

Sideshow presents the Darkseid Maquette, here to lord over your hall of DC Comics collectibles.

The Darkseid Maquette measures 24″ tall atop the wreckage of a destroyed Hall of Justice base. The sadistic conqueror’s march through the Multiverse brings him to confront DC’s greatest heroes, the Justice League, as the rubble of their headquarters smolders and radiates from the heat of his Omega Effect abilities.

The polystone Darkseid Maquette features a fully sculpted costume and rough, muscular physique based on the New God’s appearance in DC Comics. The Lord of Apokolips prepares a blast of power from his palm, which is painted with a heat-like color effect, signaling the strength of his cosmic powers. Darkseid wears an intimidating scowl on his helmeted portrait, and his blue uniform is detailed with the Omega insignia as well as weathering and realistic textures, giving the figure a dynamic and conquering presence in your collection.