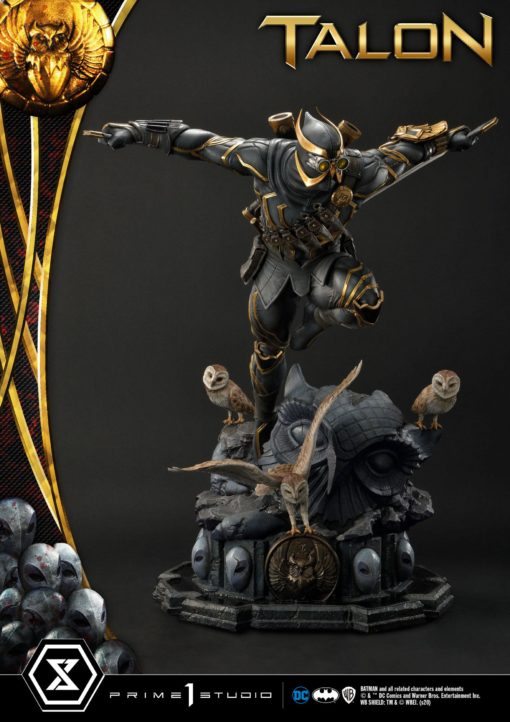 FREE Shipping to the UK
Earn 1,325 Points with this purchase!
Estimated Release: June 2022.

The great grandfather of Dick Grayson, William Cobb, AKA Talon is one of most revered assassins in the Court of Owls. His powers are rare and allow him to be one of the most formidable foes in Gotham. Talon has extreme accelerated healing abilities and does not physically age. He is a master of martial arts and swordsmanship, making him virtually unbeatable.

Charging forward is the assassin Talon. Swords drawn and ready to take out his next victim in the blink of an eye! Talon has been sculpted and painted in accordance with his classic comic book appearance. The beautiful contrast of the gold, complete with weapons on his suit, make for an eye-catching piece that will set your collection apart from the rest!

Talon stands in a breathtaking dynamic pose 30 inches tall upon an ominous Court of Owls base, complete with the mysterious Court of Owls emblem, making it the perfect complement to his image. Bring the assassin to your collection today! A must-have for DC Comics fans everywhere!