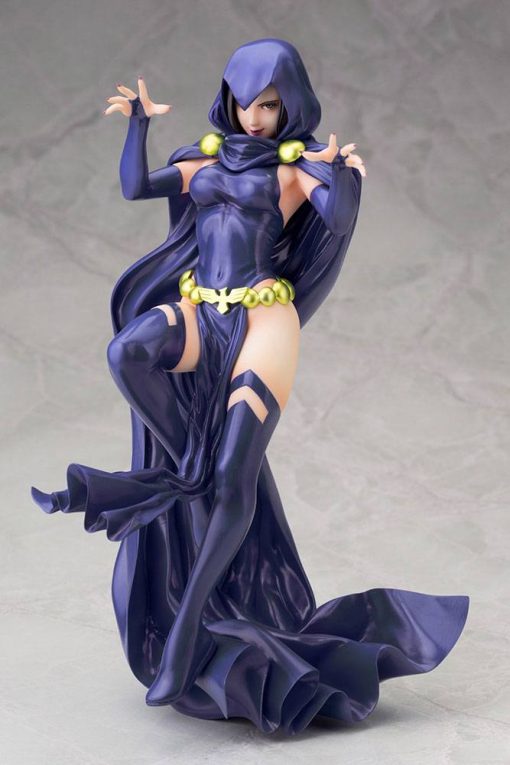 FREE Shipping to the UK
Earn 81 Points with this purchase!

This 2015 BISHOUJO statue is back by popular demand!

This 2015 BISHOUJO statue is back by popular demand!

Demons and evil doers beware! Raven is ready for action as she floats in the air, hands outstretched before her to conjure eldritch energies. The Teen Titan wears her classic costume with thigh high boots, bodysuit with long tabard, detached sleeves anchored at the middle finger, and a massive swirling cloak with pointed hood. The updated 2nd edition of the statue features a deep purple costume, which highlights the gold accents on her shoulders and her detailed belt. Sculpted by Hogarii (Jetstream), the flowing movement of the demonic heroine’s clothing gives the statue a life of its own as well as making it look like Raven is floating above your shelf.

With a new color scheme and package design, this updated BISHOUJO statue is perfect for displaying alongside the original or 2nd edition of the DC COMICS STARFIRE BISHOUJO STATUE!