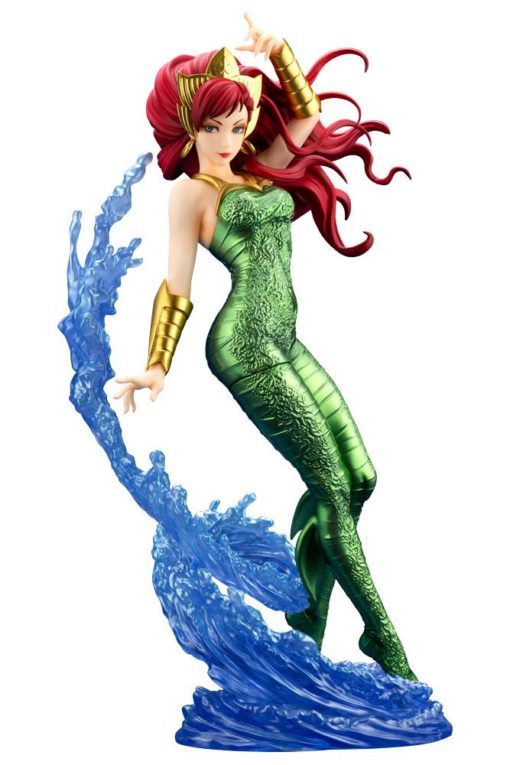 With her appearance in the live-action film, this character has risen in popularity like never before! The highly-requested Mera finally joins the BISHOUJO series lineup!

With her appearance in the live-action film, this character has risen in popularity like never before! The highly-requested Mera finally joins the BISHOUJO series lineup!

Mera was beautifully rendered into the BISHOUJO style by BISHOUJO series illustrator Shunya Yamashita as she displays her Atlantean roots with her graceful yet dynamic pose and her long and glistening hair as it flows beautifully throughout.

With the expert hands of the sculptor, Munchkin, you will be sure to take notice of how life seems to surge in this sculpt to the very end of her fingertips and hair.

The bodysuit is also a must-see as it is recreated with a special paint that can be seen in various hues based on the lighting and angle!

Mera’s Hydrokinetic abilities are shown by the large wave of water swirling around her on the base and is finished with a light layer of pearl paint.

Be sure to add this figure that perfectly encompasses everything about Mera as a character to your collection.