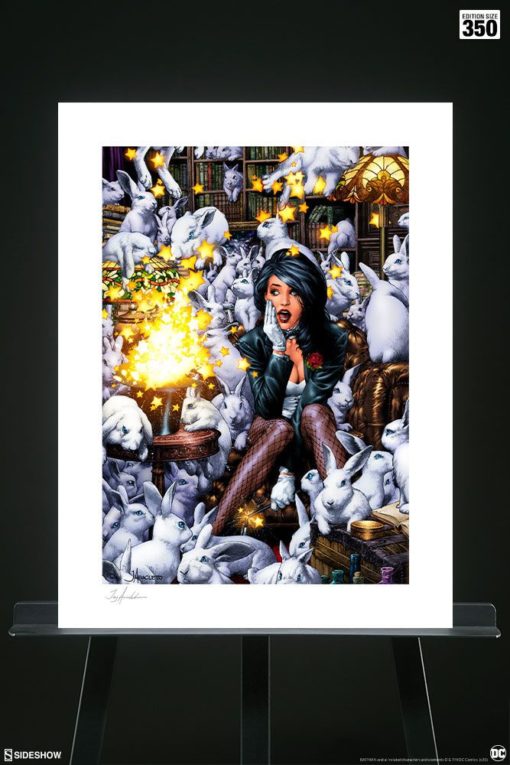 Abraca-damn it! After a magical mishap with her wand, Zatanna Zatara is in a bit of a hare-y situation in this vibrant and humorous illustration. What started out as a simple “pull a rabbit from your hat” trick has turned into dozens of adorable white bunnies covering every surface in her mystical library. Bright stars burst around the scene as Zatanna tries to work out a way to reverse her spell before things really get out of hand. Well, she’d better hop to it!

Each Zatanna Fine Art Print features an authorized, automated artist signature and an embossed Seal of Authenticity as a part of the limited edition of 350 pieces. This charming DC Comics artwork is a must-have for fans of the mistress of magic!