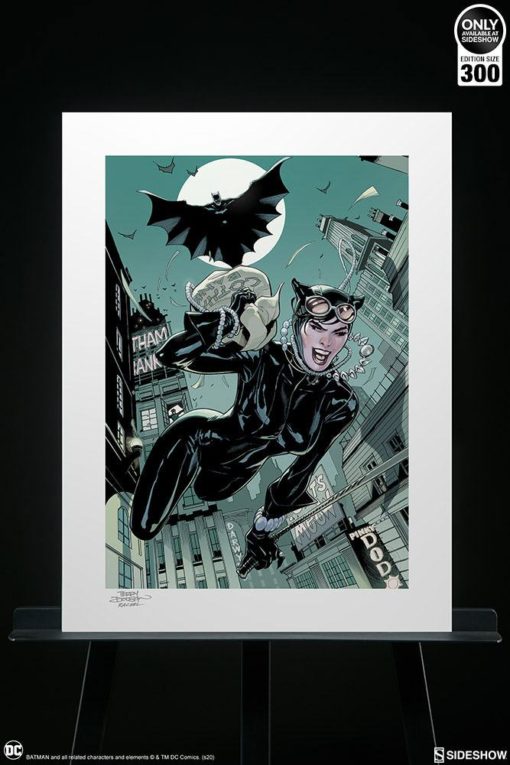 FREE Shipping to the UK
Earn 128 Points with this purchase!
Estimated Release: November 2021.

In The Getaway: Batman & Catwoman Fine Art Print, Catwoman uses her iconic bullwhip to escape into the night, carrying precious pearls and a burlap bag overflowing with cash from Gotham Bank. Batman closes in to apprehend her, gliding underneath the light of the full moon, as the imposing architecture of Gotham itself squeezes the couple through its grimy streets and antiquated alleyways.

Originally created as a variant cover for Midtown Comics Batman Rebirth #1, written by Tom King for DC Comics, this dynamic illustration is now available for collectors in a fine art collectible format. Each Getaway: Batman & Catwoman Fine Art Print features an authorized, automated artist signature as a part of the limited edition of 300 pieces.

Add to your DC Comics collections and steal away with The Getaway: Batman & Catwoman Fine Art Print by artists Terry and Rachel Dodson.