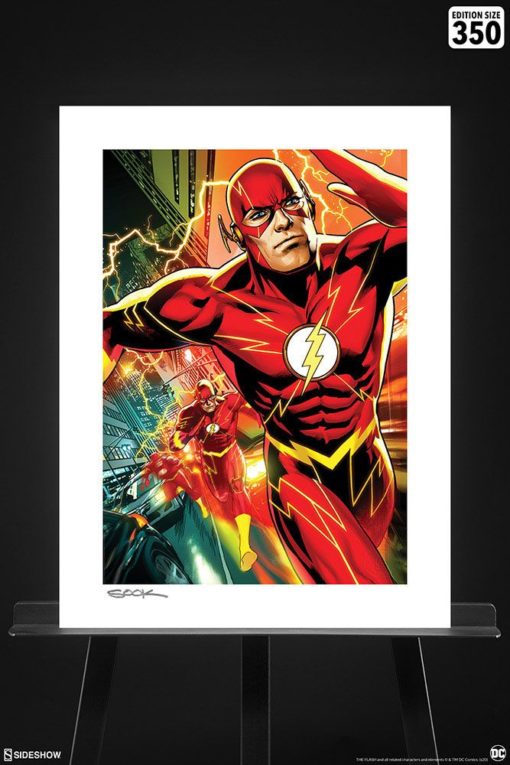 In the midst of a storm of unsolved mysteries and unhinged villains, The Flash takes to the streets of Central City at lightning speed. Artist Ryan Sook depicts the Scarlet Speedster zooming past us to save the day, with a look of sheer determination etched onto his face. Two afterimages of The Flash race behind him, crackling with the lightning from the Speed Force.

Originally created as a variant cover for The Flash #67 (2019), written by Joshua Williamson for DC Comics, this electric illustration is now available in a fine art collectible format. Each The Flash Fine Art Print features an authorized, automated artist signature and an embossed Seal of Authenticity as a part of the limited edition of 350 pieces.

Race towards the future when you add The Flash Fine Art Print by Ryan Sook to your DC Comics collection.