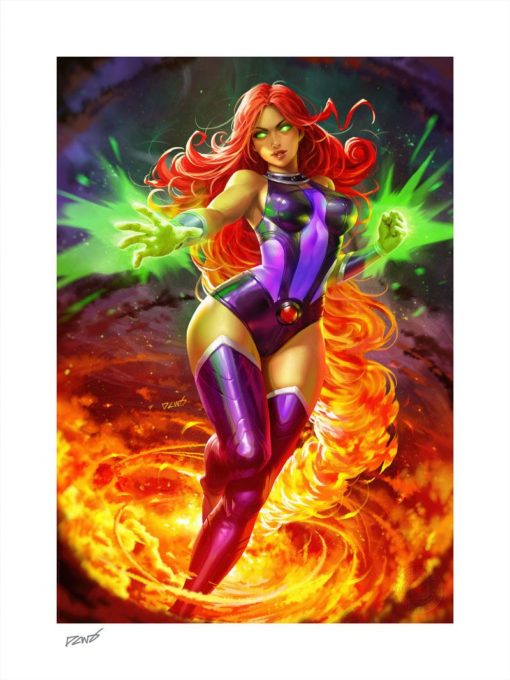 “All I dream about is searching the galaxy for more.”

“All I dream about is searching the galaxy for more.”

From the ashes of Tamaran, Starfire burns bright. This colorful cosmic portrait captures the strength of the solar-powered princess as she charges her signature green starbolt attack. Surrounded by her flowing, flaming hair, Koriand’r, also known as Starfire, is a vision of otherworldly beauty whose good heart and sense of justice lead her to protect the Earth as a member of the Teen Titans team.

Each Starfire Fine Art Print features an authorized, automated artist signature and an embossed Seal of Authenticity as a part of the limited edition of 375 pieces. Pair this print with the Starfire Premium Format™ Figure by Sideshow to create a fiery display in your DC Comics collection.

Power up with the princess of Tamaran and bring home the Starfire Fine Art Print by Derrick Chew today!